skip to main | skip to sidebar

Making the Web Work for Science

'Making the Web Work for Science July 28th 2009. A panel discussion on bringing digital tools to the world of science with panelists Stephen Friend, Jimmy Wales and John Wilbanks moderated by Tim O'Reilly'.

Making the Web Work for Science - Full from Jordan Mendelson on Vimeo.

Click here to the original source to view individual Chapters.

Major H/T to Lisa Green for putting this one together.

Digital technologies have greatly enhanced our ability to communicate and share information, but the scientific community remains largely untouched by these advances.

Why doesn't the web work for science the way it works for culture and for commerce? What will it take to make science digital?

Join the Commonwealth Club of California for a fascinating discussion on the movement to bring digital methods to the world of science.


Stephen Friend - Dr. Friend is currently a Senior Vice President at Merck & Co., Inc. where he has had scientific leadership of Merck's Basic Cancer Research efforts since September 2002. In 2005, he led the Advanced Technologies and Oncology groups to firmly establish molecular profiling activities throughout Merck's laboratories around the world, as well as to coordinate oncology programs from Basic Research through phase IIA clinical trials. Prior to joining Merck, Dr. Friend was recruited by Dr. Leland Hartwell to join the Fred Hutchinson Cancer Research Center's Seattle Project, an advanced institute for drug discovery. While there Drs. Friend and Hartwell developed a method for examining large patterns of genes that led them to co-found Rosetta Inpharmatics in 2001. Dr. Friend has also held faculty positions at Harvard Medical School from 1987 to 1995 and at Massachusetts General Hospital from 1990 to 1995. He received his B.A. in philosophy, his Ph.D. in biochemistry and his M.D. from Indiana University.

Tim O'Reilly - Tim O'Reilly is the founder and CEO of O'Reilly Media, Inc., thought by many to be the best computer book publisher in the world. O'Reilly Media also publishes online through the O'Reilly Network and hosts conferences on technology topics, including the O'Reilly Open Source Convention, the O'Reilly Emerging Technology Conference, and the Web 2.0 Conference. O'Reilly's blog, the O'Reilly Radar "watches the alpha geeks" to determine emerging technology trends, and serves as a platform for advocacy about issues of importance to the technical community. O'Reilly is on the boards of MySQL, CollabNet, Safari Books Online, Wesabe, and ValuesOfN, and is a partner in O'Reilly AlphaTech Ventures.

Jimmy Wales - Jimmy Donal "Jimbo" Wales (born August 7, 1966 in Huntsville, Alabama) is the founder, board member and Chairman Emeritus of the Board of Trustees of the Wikimedia Foundation, a non-profit corporation that operates the Wikipedia project, and several other wiki projects, including Wiktionary and Wikinews. He is also the co-founder, along with Angela Beesley, of the for-profit company Wikia, Inc.

John Wilbanks - As VP of Science, John Wilbanks runs the Science Commons project at Creative Commons. He came to Creative Commons from a Fellowship at the World Wide Web Consortium in Semantic Web for Life Sciences. Previously, he founded and led to acquisition Incellico, a bioinformatics company that built semantic graph networks for use in pharmaceutical research & development. Previously, John was the first Assistant Director at the Berkman Center for Internet and Society at Harvard Law School and also worked in US politics as a legislative aide to U.S. Representative Fortney (Pete) Stark. John holds a Bachelor of Arts in Philosophy from Tulane University and studied modern letters at the Universite de Paris IV (La Sorbonne). He is a research affiliate at the MIT Computer Science and Artificial Intelligence Laboratory in the project on Mathematics and Computation. John also serves on the Advisory Boards of the U.S. National Library of Medicine's PubMed Central, the Open Knowledge Foundation, the Open Knowledge Definition, and the International Advisory Board of the Prix Ars Electronica's Digital Communities awards. He also serves on the Board of Directors of the Fedora Commons digital repository organization.
Posted by Unknown at 06:17 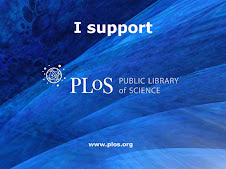